Pete Davidson’s team is reportedly begging him not to film for The Kardashians show on Hulu.

“His career has taken off, what does he need this for?” a told Page Six.

The source continued, “It’s a sure way to kill the relationship. Getting involved in the show decimates every man.”

Another source says the opposite, “He feels no pressure to be in the show. Neither do the people around him. If it happens that he’s on the show, it happens.”

This week a different souce revealed to HL that he wants to go to space.

“Pete was incredibly disappointed when he had to pass up the opportunity last month to launch into space,” a source told Hollywood Life. “At the time, he had work commitments which kept him from being available on the day of the launch. Even though something like this is a once-in-a-lifetime opportunity, Pete didn’t want to let down the rest of the cast and crew of the film he’s been working on.”

Joe Biden Calls Out Trump Over Roe Vs Wade Overturn!!

Cardi B ROASTS Fan For Calling Her Daughter Autistic!! 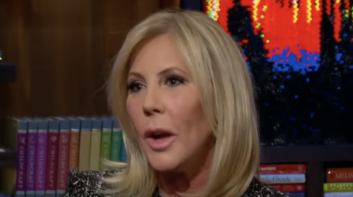