Kevin Gates and his wife Dreka announced that they were “separating” last month, after rumors surfaced that Kevin caught his wife “cheating” on him with her personal trainer.

But was that story true? Or was it just some story that the couple concocted in hopes for clout.

Media Take Out confirmed that Dreka and Kevin are still legally married, and are continuing to work together. Dreka worked as Kevin’s road manager during their marriage, and continues to do so.

And we spoke to one Lops Angeles music insider who suspects that the two are “still together.” The insider, who knows both Kevin and Dreka told use, “I don’t believe they split up.”

The insider continued, “I think they just made the whole thing up for clout.”

And it seems so. Media Take Out obtained a video from this past weekend, when Kevin appeared on WWE. And you can clearly see Dreka (on the right), taping the incident on her phone:

Kevin and Dreka have been trending all across social media for the past couple of months, after news broke of their split. It launched both from fringe hip hop stars . . . to worldwide social media darlings.

Kevin announced the couple’s split in his latest freestyle “Super General.” He raps, “Went home to sleep, deep down, there’s tension when you knowin’ that somethin’ missin’/ Suck it up, put all my energy back in Islah and lil’ Killa/ Took the blame in interviews and made it look like I was trippin’/ Made the Dreka song lie to the world while tryna protect her image.”

“Tell me you love me, I say it back/ Back in my mind, I’m indifferent/Brought this infiltrator to the farm/ Hurt my heart, what am I missin’?” the hip-hop star continues. He also insinuates that she cheated on him, rhyming, “Personal trainer invaded my personal space/ Deep down inside it killed me.” 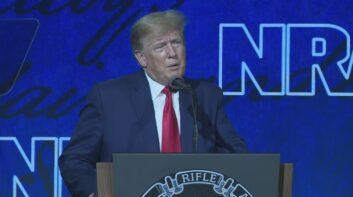 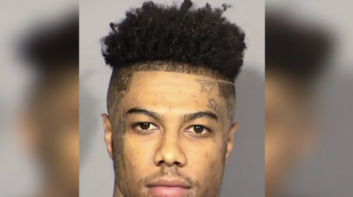 21 Savage Says He’s ‘Scared Of Everybody’ 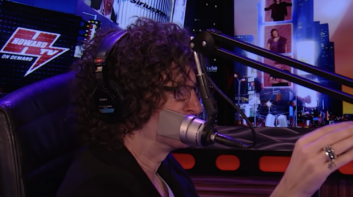 Randall Emmett Claims His Exes Have Teams Up To Destroy Him 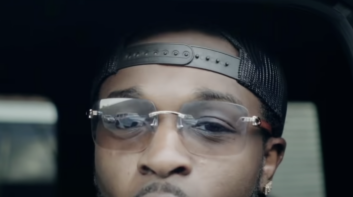 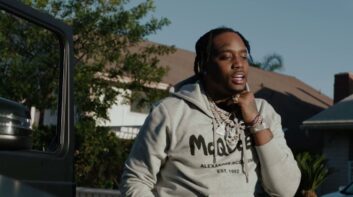