Now a new report has surfaced that shows that Dralin was arrested on May 29, 2019 and the initial charges were statutory rape, according to police and court documents.

The alleged victim from 2019 was not Honey Boo Boo, we’re told. And the incident appears to have occurred before they began their relationship.

Media Take Out reviewed the police report, and the details are troubling.

According to the mother of the alleged victim, who was 15 years old at the time, Dralin, then age 18, climbed into her daughter’s window and had sex with the girl. These details were contained in the police report.

The officer who drafted the report states that he spoke with the girl and, ‘I asked the daughter if it was consensual, and she stated “Yes.”‘

Dralin told police that the young girl ‘was his girlfriend and they had talked about him coming to her house… but he did not actually go to the house,’ according to the online reports.

Initially, Dralin was charged with statutory rape but ‘ultimately completed a pretrial diversion program that resulted in the dismissal of a claim for making a false statement to law enforcement’, according to The Sun.

Dralin agreed to complete the terms of the program in exchange for a dismissal during a pretrial diversion hearing in June 2021. The 21 year old completed the terns of the diversion program and the charges were eventually dismissed.

Honey Boo Boo and Dralin have now been dating for over a year and her family has seemingly approved of the relationship despite their age difference, Media Take Out has learned.

\Alana and Dralin live in Georgia where the age of consent is 16. So technically, his relationship with the young Honey Boo Boo is completely legal. 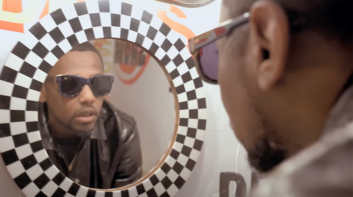