Female rapper Sukihana may be in trouble with the law. Media Take Out learned that at least half a dozen fans called the Miami police department, and reported her for abusing a child during the filming of her new music video.

And Sukihana’s alleged abuse is actually a part of the video.

The new video, which is called Sukihana’s Get Low Freestyle, was released yesterday. It shows Suki and a group of her girlfriends rapping vulgar lyrics and dancing.

But in one scene, Suki did a little more than dance with her friends. The female rapper began dancing extremely close with a 10 year old boy. The dancing was extremely suggestive – and it was triggering to a group of fans who watched the video.

Media Take Out learned that a group of at least five fans decided to take action. One of the fans told Media Take Out, “I called the police and reported Sukihana. Tw*r*king on that boy was inappropriate, and child services needs to be involved.”

The triggered fan claims that 4 other women also called the Miami police department, and directed the officers to take action against Sukihana. It’s unclear what, if anything, the police could do to Sukihana or whether the female rapper violated any laws.

Media Take Out reached out to the Miami Police for comment, but at the time of publication, they did not respond.

Here’s the video causing the controversy: 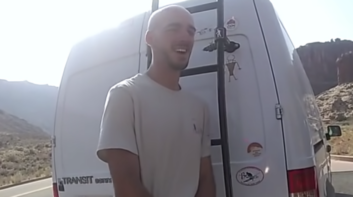